A blog post highlighting the article by Justin Schmidt in Insectes Sociaux.

Throughout much of human history, the ability to think and make decisions was considered a special property of our own species.  Other animals were generally considered to be acting on the basis of instinct.  Decision-making was a part of intelligence, a property most developed and humans, with other animals, including apes, dolphins, whales, and even (my emphasis) some birds like ravens and parrots having some lesser degree of intelligence.  Insects were often described as living robots that simply followed their genetic programming.  We now know that this is a grossly egocentric view and that many species have abilities to learn, as exemplified by honeybee learning in response to nectar rewards.

The ability to make decisions, that is, to tailor the individual’s behavioral response after evaluating input information, appears to be correlated with intelligence.  If so, then is decision-making mainly a property of vertebrates and lacking, or weak, in organisms such as insects?  I suspect that insects and other invertebrates have considerably greater abilities than credited for making optimal decisions based on their evaluation of presently available information. 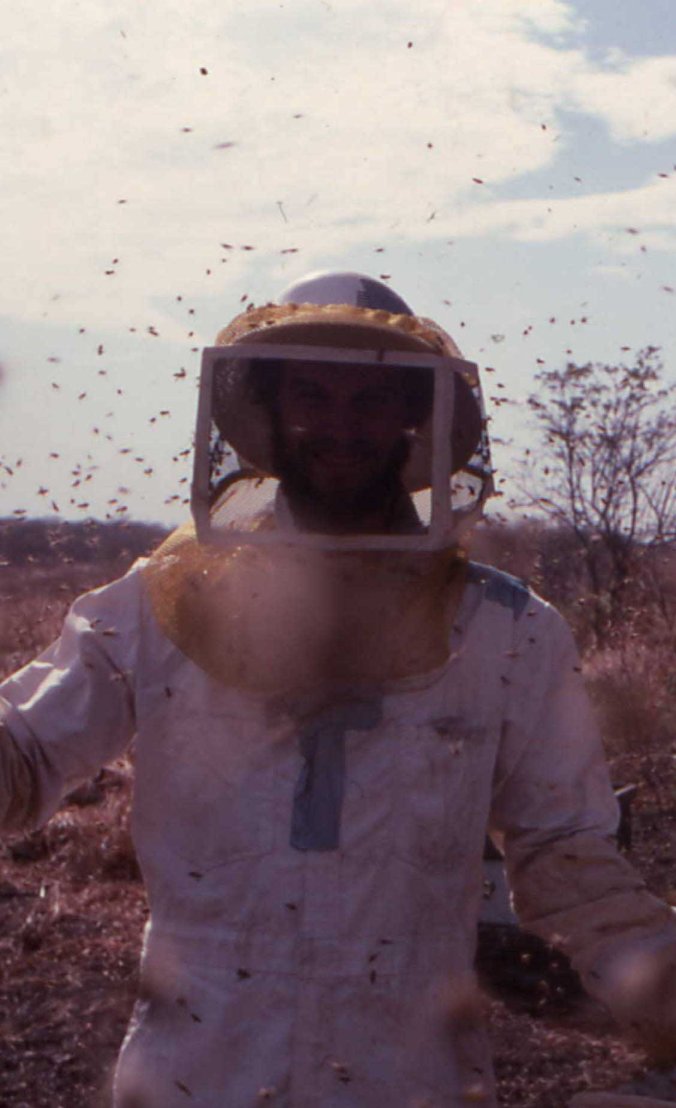 The predation threat consisted of the “predator” (me) exhaling three times directly into the main nest entrance and then stepping back 5 m and collecting with short-handled insect nets all bees that were attacking my face.  This procedure was repeated as many times as necessary until no more bees were attacking.  Upon finishing collecting all attackers, the colony was collected, frozen, and all attacking workers, non-attacking workers, males, and the queen were hand-counted and weighed.  Colony resources were also removed and weighed. 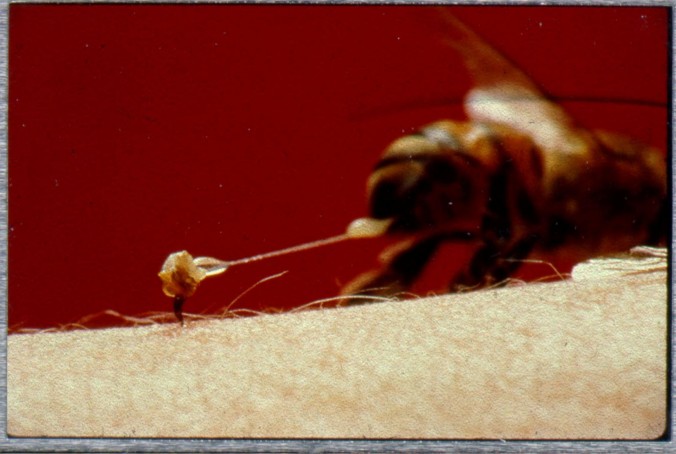 If a worker honeybee attacks and stings a potential predator, she loses her stinger and dies shortly thereafter.  Thus, her decision to attack is not a minor decision; it is a life-or-death decision that has serious consequences for both the individual worker and her colony.  This study revealed that individual workers can evaluate the situation and base their decisions to attack, or not, on the information present at that time.  The study demonstrates that workers can evaluate different situations and decide accordingly how to act in the best interest of the colony.  It leaves many more questions unanswered.  What are the factors the worker uses for making her decision?  Is the decision made by each individual acting alone, or is she acting in response to the actions of other individuals in her colony?  Does the worker evaluate the quantity of brood, honey/nectar, pollen, wax in the combs, or the number of other adult bees, and if so, how?  Is the presence of a queen or queen cells important?  Is the reproductive status, that is, nearness to issuing reproductive swarms, important?  And, to be fair, are the numbers of males present in the colony a factor?  What about pheromones?  As with all studies in science, the results raise more questions than they provide answers.  This is good!  I hope I have cracked the door open a little wider towards an understanding of the abilities of honeybees.

One thought on “Do honeybees make life or death decisions?”