AF: Hi, I’m Antoine Felden, and I live in Wellington, New Zealand. Currently, I study the Argentine ant immune system in response to pathogens, mostly using transcriptomics and functional genetics (RNA interference). I also have other ongoing projects, too, like the study that just published in Insectes Sociaux about how a mite might be associated with wasp pathogens. I’m getting more and more experience in computational biology, and that is what drives me. I love fieldwork (and bench work to some extent, too) but I thrive working with computers and digging deep into datasets. IS: How did you develop an interest in your research?

AF: I have had a passion for ants as far back as I remember. That is what got me into biology in the first place. I worked on a lot of different topics over the years, from behaviour to pathogens and immune response, locomotion mechanics, learning, and nutrition, all using ants as study models, and I’ve always been fascinated by what I was doing. So I suppose the short answer to that question is: ants.

IS: What is your favorite social insect and why?

AF: I suppose I don’t need to say it twice! I think ants tap into the fascination I have for miniature worlds. I was a pretty weird kid staging up small sceneries and playing with little things until an unusually old age, and ants perfectly fit this kind of aesthetic. Then, growing up and studying, I learned about the complexity of their biology, and a more scientific fascination about them emerged. I am amazed by all the different characteristics that have evolved in different species, from kidnapper ants to fungus-growing ants, army ants, aphid-tending ants, unicolonial ants, and so one. There is so much diversity in the ant world that one can never stop being amazed.

More anecdotally, there was a colony of Formica selysi living in the sandy backyard of the family holiday house on the Atlantic coast of France. After looking forward to seeing them again every year in summer, I have to say they have a special place in my heart; they looked stunning with their iridescent silver cuticle, running in the sun.

AF: One highlight discovery was when I was to study appetitive conditioning in Argentine ants to decipher nestmate recognition mechanisms, back in Berkeley with Ellen van Wilgenburg and Neil Tsutsui. I was using something similar to the bee “proboscis extension reflex” in ants to figure out if there were able to learn some olfactory cues better than others. Watching them under the stereomicroscope sticking their tongue out as they remembered that a given smell was followed by a sweet treat was a successful experiment like few happen. That was a while ago; now, my academic path is taking me to fuzzier transcriptomic studies where discoveries often bring more questions than answers.

IS: What do you think are some of the important current questions in social insect research and what’s essential for future research?

AF: Questions that revolve around caste differentiation and its molecular basis have the potential to have significant implications for our understanding of developmental biology as well as the evolution of sociality. For our society’s benefit, there might also be a lot to learn in studying aging in ants where queens can have such an extended lifespan compared to the average worker. What is essential for further research in most fields is to develop more models for functional genetics, like in the CRISPR-ant studies published in the last couple of years. It will be paramount to investigate these processes better, and I’m really excited about this!

I also think that unicoloniality that some ant species display is an odd phenomenon and that its ultimate mechanisms are still poorly understood. What caused the formation of these large supercolonies of ants? What are the behavioural consequences of such an upscale colony size? Is unicolonial social structure viable over evolutionary time? I think these questions still need more attention.

IS: What research questions generate the biggest debate in social insect research at the moment?

AF: I see that there is still a lot of room for debate in themes revolving around the evolution of sociality. The recent papers by Boomsma & Gawne (2018) on superorganismality and Linksvayer & Johnson (2019) about misconceptions on social complexity were pretty thought-provoking and highlight how much there is still to understand.

AF: First, the series (especially the first volume) called Les fourmis by Bernard Werber is a must-read for science fiction enthusiasts and naturalists alike. It is a very well-read novel, and there are still some accurate science facts in there (if one lets scientific rigour loose a little). I also love most of Virginie Despentes’ work. She writes about lives going on destructive train wrecks. Her characters are often objectively dark and despicable people, but following their struggles from their own perspective makes you uncomfortably sympathetic with their twisted journeys. I definitely recommend checking them out; there are English translations available!

IS: Outside of science, what are your favorite activities, hobbies or sports?

AF: Since I moved to New Zealand, I took up surfing more seriously. I’m lucky to live in Wellington; there is a nice beach easily-accessible by bus (I’m one of these university people who don’t have a driving licence… I know I’m not the only one out there!). It’s often a mix of chance and negotiation skills to hop on the bus with a surfboard, but it’s always worth a try. And thanks to the Argentine ants that like it hot and sunny, fieldwork in the warmer northern tip of New Zealand is conveniently located around beautiful surf beaches. Beyond that, I really like hanging out with my friends. 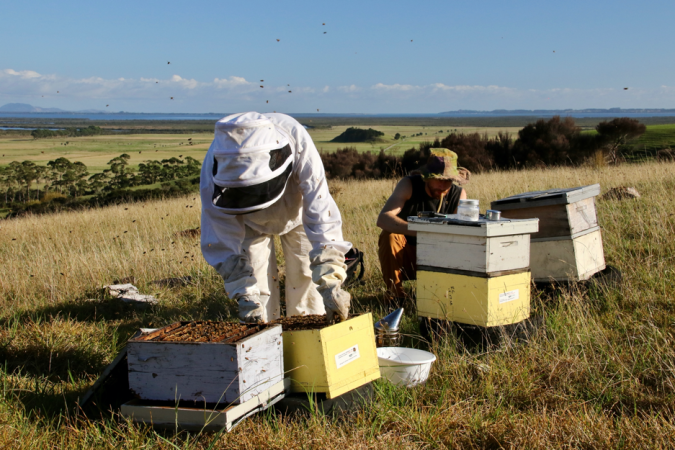 AF: Highs come with lows, and I try to remember that problems eventually drift away just like clouds in the sky. When issues arise, I try to not lose sight of their resolutions that come with trying a bit harder.

AF: I’d bring a sound system, a laptop, and solar panels – provided that supplies are already on the island. Then I’m all set to take science notes, write a book, then celebrate the outcomes with a dance.

IS: Who do you think has had the most considerable influence on your science career?

AF: My first internship mentor – Tim Brütsch, in Lausanne, who was doing his Ph.D. at the time. He taught me the necessary dedication for experimental work, how the academic world works, and sparked my interest in an evolutionary perspective on biology. I’d also like to mention my dear colleague Raphael Aguillon (not a social insect researcher – but no one is perfect) who asks the big questions and also showed me what passion for science looks like.

IS: What advice would you give to someone hoping to be a social insect researcher in the future?

AF: Stay around good people and trust that with time, luck always strikes. I have both of those at Victoria University working with Phil Lester: a pleasant working environment with good funding to answer our questions, as well as having been at the right place and the right time.

IS: What is your favorite place science has taken you?

AF: I went to beautiful Tokelau to deal with a Yellow Crazy ant invasion as part of Monica Gruber’s Pacific Biosecurity program. Tokelau is a tiny atoll nation north of Samoa. It’s pretty hard to get to, as it is only accessible by boat every fortnight from Apia, and it is one of the most incredible places I’ve seen, full of lovely people. To this day, I can still reminisce how constantly stoked I was to be there. 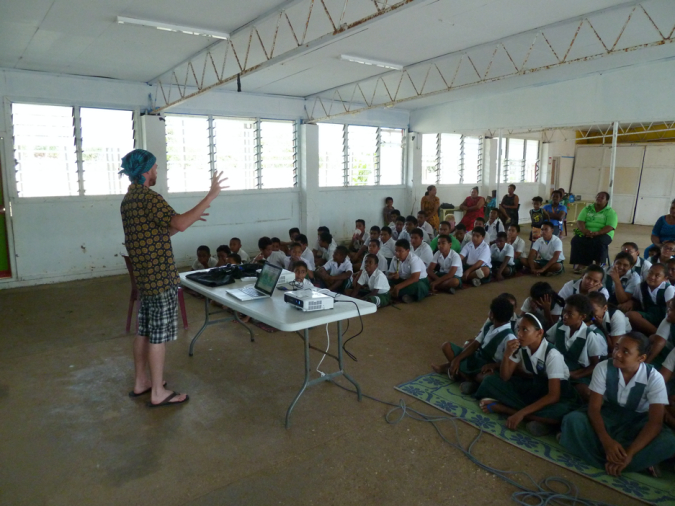 One thought on “Interview with a social insect scientist: Antoine Felden”