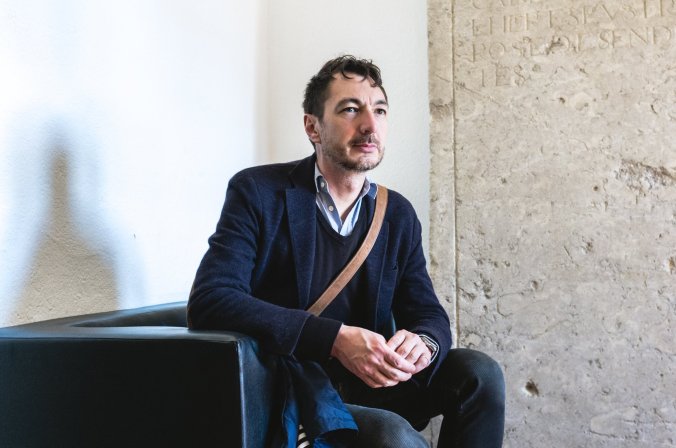 RK: My name is Roberto Keller. I grew up in Mexico City where I majored in Biology, later pursuing a PhD in Entomology up north in the USA, and since the past decade I live in Lisbon, Portugal, currently working at the Nacional Museum of Natural History. I’m a comparative anatomist that specializes in ants.

IS: How did you end up researching social insects?

RK: Back at the University in Mexico the people in our group of insect enthusiasts was choosing which taxon to specialize on. Most of my peers were drawn to shiny scarab beetles, some into colourful butterflies, but I loathed those clichés so I placed my attention into all those little brownish ants running around. Once I looked at them under the stereoscope I was surprised at how elegant and varied ants can be. I was instantly hooked. Oh, that and the fact that I never liked to mount insects with wings because getting them to look right is just a pain.

RK: Neoponera apicalis. This is an ant species that lives in the tropical forests from Mexico to South America. The workers are large, matte black, with the tip of their antennae light yellow. Workers forage alone on the shaded damp forest floor, so you only see a pair of yellow antennal tips dancing around. The first time I saw one I was so excited that I grabbed with my bare hand. Their sting feels like a painful electroshock.

RK: I was once reading a short paper comparing the external morphology of queens versus workers in an ant species. The whole discussion was off because the authors had wrongly assumed that the largest thoracic segment in workers was the fusion of the first and second segments when compared to queens. My first reaction was to rail against the authors for making what I consider an obvious mistake. It later hit me that not only was their error quite understandable, but that it pointed to a remarkable difference between those two castes that had been in front of me for years but I had been blind about until that moment.

That turned into a productive research project and taught me to keep a keen eye and question the obvious. I learned a lot from that short paper even with its errors, and I think that this is how science keeps moving forward— we built upon the work of others and hope that the next person who comes will be able to solve the things we were too short sighted to see.

IS: If teaching is part of your work, what courses do you teach? Has your work on social insects helped to shape your teaching?

RK: I teach courses in general Entomology and, once in a while, on ant morphology. I can’t think of a way in which studying social insects has influence my teaching. I often forget that ants are social, it’s bad. That is why I have collaborators: to remind me.

RK: I’m finishing Steven Pinker’s latest book Enlightenment Now: The Case for Reason, Science, Humanism, and Progress. It is appalling to me seeing that we live in a very modern society, and yet we have political extremes converging on pure irrationally. This is a good book to remind people how much science has benefit humankind as a whole, but I’m afraid the people who will read it already know this.

IS: Did any one book have a major influence in shaping your career? What was the book and how did it affect you?

RK: Once I was hooked learning about ants during college I got myself a copy of Hölldobler and Wilson’s The Ants, which had been recently published. The dedication reads “For the next generation of myrmecologists.” I felt they were talking directly to me and that dispelled any doubts I still had about following a career in social insects. So at the end I am that cliché I was trying to avoid.

RK: I’m a portrait photographer. I’m intrigued about people, and portraiture allows me to sit down for a brief face to face conversation and try to capture that interaction through an image.

“If you want to achieve something, if you want to write a book, paint a picture, be sure that the center of your existence is somewhere else and that it’s solidly grounded; only then will you be able to keep your cool and laugh at the attacks that are bound to come.”

RK: Hmm, can’t think of any objects that will make sense with the prospect of solitude other than hemlock.

IS: Who do you think has had the greatest influence on your science career?

RK: My parents. Both chemists, they created a growing environment for my siblings and me in which science was a natural part of life.

RK: Don’t grab large social insects with your bare hands. Unless they are termites. Termites are always safe to grab.