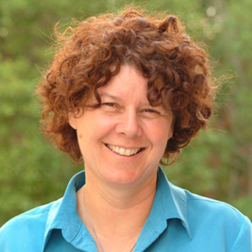 JF: I am Jennifer Fewell. I study the organization, evolution, and ecology of insect societies, primarily focusing on ants and honey bees.

IS: How did you end up researching social insects?

JF: I went into grad school to study the relationships between food and social organization (probably because I like to be social and to eat). My original goal was to study canids, but that became too logistically complicated. I had switched to birds as a focal taxon, but found that birds seem to be much smarter than I am. By my second year, I had switched advisors to the wonderful Mike Breed. One day he took me out to a local park that was covered in harvester ant nests (Pogonomyrmex occidentalis). We watched them for a while; then he gave me a paper by Bert Hoelldobler to read and told me to go home and think about them. The next day I had my dissertation project sketched out and I have never looked back. Social insects are so much more elegant and fascinating in their social organization than any other group. 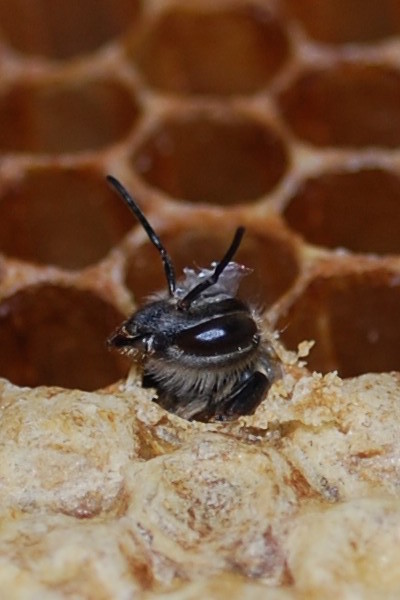 JF: I can’t answer that. My favorites to watch have been ant queens and solitary bees. For pure attractiveness, I’d have to pick between a harvester ant, a leafcutter ant and a newly emerged honey bee. Honey bees are definitely the cutest, but harvester ants have a sleek but striated look to them that in my mind cannot be matched.

JF: My favorite experimental result was showing that normally solitary nest-founding ant queens show an emergent division of labor when forced to be solitary. We repeated and verified the finding in solitary bees. This first experiment tested a then new model of how social interactions affect individual phenotype in the context of division of labor and task organization. It set the stage for most of the work I’ve done since. The original study had fantastic results, but the idea was not well accepted at first. I argue that is okay, because it required a change in how we have to think about social phenotypes and selection. The doubt expressed by the scientific community at the time forced my lab to explore the paradigm in other species, and to test it more rigorously. So, it is a story of initial frustration in how science is discussed and received, but I think with a happy ending…although nothing in science does or should actually have an ending.

IS: If teaching is part of your work, what courses do you teach? Has your work on social insects helped to shape your teaching?

JF: I teach animal behaviour and sociobiology. One of the things I like about teaching the courses is that they force me to be less insect-centric in my thinking about social evolution, and to be more aware of the diversity of social forms out there. So, my teaching has helped to shape my research as much as my research has helped to shape my teaching.

JF: Ah no – I read a lot of science fiction for fun, and so don’t have a very worthy suggestion. I am currently also reading Jim Costa’s “The Other Insect Societies”, which I would recommend any social insect student owning – to remind us that ants, bees, wasps (and termites) do not represent the whole social insect world.

IS: Did any one book have a major influence in shaping your career? What was the book and how did it affect you?

JF: The book that most influenced me as an undergrad was Wilson’s book, “Sociobiology: The New Synthesis”. I don’t want to say how far back that was, but I vividly remember reading the book in my advanced animal behaviour class, and I felt that I’d found a new world to explore and a new way to explore it. Wow.

I suppose that now the world has incorporated and moved forward from that text. For the incoming social insect student, Hoelldobler and Wilson’s “The Superorganism” is wonderful. Way back, Hoelldobler’s work set me down my research path, and this book may do the same for some other student.

JF: I fuss out and complain a lot to my poor husband. Then I stay up late and get things done.

IS: If you were on an island and could only bring three things, what would you bring? Why?

JF: As a biologist, I would have to say that depends entirely on the ecology of the island.

IS: Who do you think has had the greatest influence on your science career?

JF: Mike Breed, my grad advisor (as already mentioned) got me started on my research path, and has been a steadying and encouraging presence ever since. My current work traces directly back to the influence of Rob Page, with whom I worked on honey bee division of labor, and whose ideas still shape much of what I do. But my decision to make animal behavior a career started when I took a course in college with Bill Dilger, an ornithologist and ethologist. Bill was the consummate natural historian. We would go for walks in the woods, and Bill would point out songs and behaviors well beyond what I would see…and then explain what was going on around us. I began thinking of the animals around us as a city of arguing, cajoling and romancing individuals, all living interesting lives.

JF: Work at it, and learn to design experiments correctly – models and theory are important, but the experiment done well gives you an answer.

2 thoughts on “Interview with a social insect scientist: Jennifer Fewell”